Welcome, fellow dog trainer! If you’re reading this article, we can tell that you’re keen to get started on training your pupper from the ground up—whether your little angel is eight weeks old or learning tricks later in life. Dog training takes a few varied forms, but it all ultimately boils down to positive reinforcement, which is a subset of operant conditioning. If you’re interested in clicker training, you’ll need to throw classical conditioning into the mix, as well.

‘Classical conditioning’? ‘Operant conditioning’? ‘Positive reinforcement’? If it’s sounding like Double Dutch already—or if you didn’t study Psychology at school—then we will break it down for you. Let’s get up to speed on what these terms mean and how they form the basis of clicker training.

What is Classical Conditioning?

Fittingly, classical conditioning can be traced back to the famous Pavlov’s dogs experiment. In the experiment, Ivan Pavlov rounded up some dogs and measured their levels of salivation under varying conditions. The first was a condition under which he presented the dogs with food. As you might expect, presenting the dogs with food caused them to salivate. Any dog owner could have foreseen this outcome! In the second condition, Pavlov rang a bell. Unsurprisingly enough, hearing a bell did not cause the dogs to salivate. 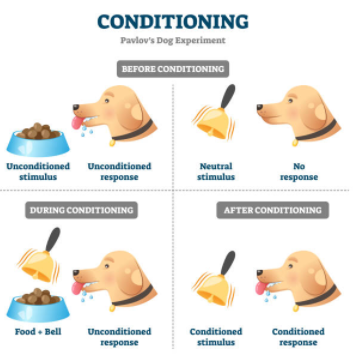 In the third condition, Pavlov combined the first two conditions and rang the bell whilst feeding the dogs. He repeated this step until the dogs grew accustomed to the bell’s sound prefacing their every meal. At the experiment’s conclusion, Pavlov rang the bell again—only this time, just as he had done earlier, he did not feed the dogs. It turned out that, even in the absence of food, the dog would still salivate upon hearing the bell. Why did the sound trigger salivation at the end of the experiment, but not at the start? Because the dogs had come to associate hearing that sound with receiving food. And this, in a nutshell, is classical conditioning. 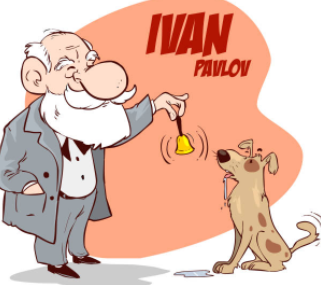 Elevation of the salivation game.

Classical conditioning is a learning process whereby you come to associate one stimulus with another. Once the association is fused, the stimulus that was originally neutral (the bell) evokes a conditioned response (salivating). This is the principle behind clicker training. Initially, the clicker’s sound is a neutral stimulus. However, when paired with praise and/or a treat, the dog comes to make positive associations with the sound. Once the sound trigger is established, it then becomes an operant conditioning tool to use throughout their training.

What is Operant Conditioning?

We’ll do whatever you want! Just don’t bite into a block of chocolate in that way ever again.

So, what is positive reinforcement? Well, think back to primary school. The teacher tells you you can have a Freddo Frog if you tidy the classroom. What do you do? You probably help to tidy the classroom. This is a prime example of operant conditioning—as well as confirmation that adults were playing mind tricks on you throughout childhood. In the case of positive reinforcement, favourable behaviour is met with a reward. If you know you’ll be getting a Freddo Frog for your efforts, you’ll be better motivated to carry out the desired behaviour. Similarly, if a dog comes to associate obedience with receiving praise or a treat, they’ll be more likely to follow through with whatever verbal commands you throw their way. 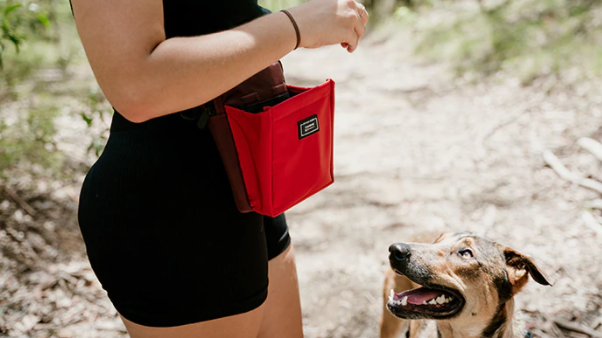 How does treat training relate to clicker training? Well, clicker training adds an extra layer to treat-based methodologies. Once you have conditioned your dog to associate the clicking sound with treats and rewards, the dog will interpret it as positive feedback, which will reinforce the behaviour. A treat alone may reinforce desired behaviours, but pair this with an additional stimulus and you deepen the connection in the dog’s mind.

Using a clicker can also speed up the process of learning behaviours. The major advantage of clicker training is that you have time on your side. Whilst there is an inevitable interval between the dog performing the desired behaviour and your dispensing of a treat, you can sound the clicker to almost immediately follow the dog’s obeying of a command. The clicker provides immediate positive feedback that pairs as a tell that treats are soon to follow.

Is There Anything Else to Know?

This post has been more of a breakdown of how clicker training works rather than a how-to guide. The process is simple, and if you were looking for something more akin to a step-by-step explanation, (or do a quick Google search). 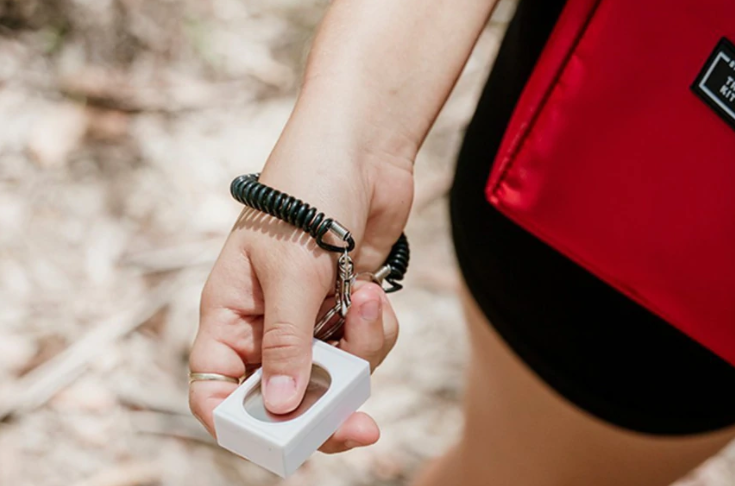 It won’t be long before this all…clicks. Image: Stylish Hound

If dogs can understand clicker training, we’re confident you’ll pick it up in no time. Armed with your newfound knowledge, you’ll understand why it works so well, too! Clickers are cost-effective training tools available everywhere from Kmart to Stylish Hound’s online store. Get your paws on one today.

Things You Should Know Before You Get a Veiled Chameleon

Take Good Care Of Your Pet Through Pet Insurance

A Manual for Business Insurance for UK Marine Exchanges

How To Be A Good Traveling Nurse

Finding Health Insurance That Is Good for Both Body and Wallet