Although people name pigeons as rats with wings, mainly because we often see them gobbling up the rest of our food and flying around on filthy sidewalls, pigeons are our good neighbor, because they are friendly and inoffensive. We think we know them well, but they have many amazing talents and secrets we don’t know. In this post, we’ll introduce 10 facts that will make you see them in a different light.

A pigeon’s sense of direction

Pigeons have an amazing sense of direction. They can find their way home from up to 600 miles away! Scientists aren’t sure how they do it, but they think it has something to do with the Earth’s magnetic field.

As a result, people have begun to take advantage of this talent in the delivery. One of the first large-scale networks to utilize pigeons as messengers was established in Syria and Persia around 500 BC. Much later, during Roman times when communication lines were limited due to their location on hills or mountainsides, pigeons have incomparable advantage in this occasion.

Pigeons have excellent eyesight and better than human. They can see in color and they have very good night vision. Their eyes are so big that they take up about 15% of their head! Pigeons can also see ultraviolet light, which means they can see things that we can’t. 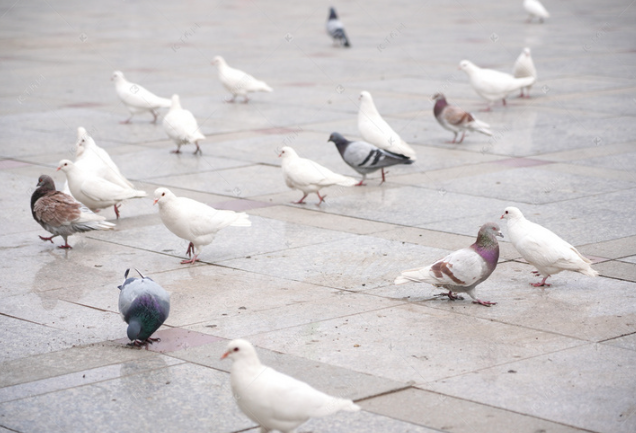 When pigeons find a mate, they stay with that pigeon for the rest of their lives. If one pigeon dies, the other will look for another mate. Pigeons are very loyal to their mates and will stick by them through thick and thin.

Pigeons are very social creatures and live in large flocks. They communicate with each other using a variety of sounds, including cooing, pigeon English, and body language. Pigeons also like to take care of each other and will preen each other’s feathers to keep them clean and healthy.

Pigeons can fly up to 60 miles per hour

Pigeons are amazing flyers and can reach speeds of up to 60 miles per hour! They can also fly in very tight formation without colliding with each other. Pigeons use their wings to change direction quickly and maneuver through obstacles.

We usually think of pigeons as welcome guests in our town, but most of us don’t know that racing pigeons can be worth huge sums of money. A racing pigeon was sold for $132,517.00! This 3-year-old was a champion racing bird, beating 21,000 other pigeons in a long-distance race. For this reason, he was bought by a British company that breeds racing pigeons for “Stallions”. 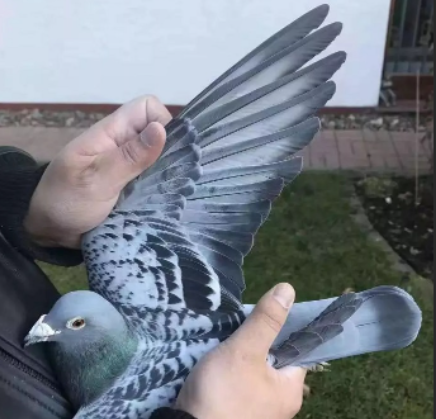 The rock pigeon is the oldest domesticated bird in the world. Study shows domestication of pigeons occurred 10,000 years ago. The Egypt used their bird-blood in rituals. Nowadays, breeders have started to develop newer varieties more suited towards actual environmental conditions. Also, some people raise pigeons for human consumption, they have high quality, juicy and tender meat, unlike wild pigeons, which pushes the development of pigeon supplies industry.

In many religions around the world, people consider pigeons as a spiritual symbol, reason why people feed and care for them. This applies to Muslims, Sikhs and Hindus.

There are other religions that also regard pigeons as spiritual symbol. Some Indian religious groups believe that dead people’s soul is transferred to a pigeon and they can take the form of a bird to care for their family.

In Christianity, pigeons symbolize the Holy Spirit and peace.

While pigeons may be seen as cute and harmless creatures, they can actually be quite a nuisance. Pigeons are known to roost in large numbers on buildings, leaving behind droppings that can damage the structure of the building. In addition, pigeon droppings can carry diseases that can be harmful to humans. For these reasons, many cities have policies in place to control the pigeon population.

There are ten secrets of our cute friends, hope this article helps you understander this tiny creature better. Pigeons are an amazing species with a long and interesting history. From their unique eyesight to their loyal nature, there is much to love about pigeons. However, we have to find ways to avoid their dark side that can be harmful for us.

Always Get Original Products for Your Pets

Does Your Pet Control the Home?

Tips To Repair Your Garage Door

How Do You Stop Adult Dogs From Chewing Too Much?

Always Get Original Products for Your Pets

Does Your Pet Control the Home?